Get a Free Moving Estimate

We trace our roots all the way back to the late 1940s in SE DC, at the foot of the Sousa Bridge, where we began as Anacostia Movers, under the leadership of Johnny Worden. However, we claim our official birth year as 1961 because it was under that leadership that three small companies – Anacostia Movers, Southeast Movers and Oxon Hill Movers – merged and became what the community knows today as Beltway Movers, under the leadership of George Secrist and his two brothers Bernie and Gary. 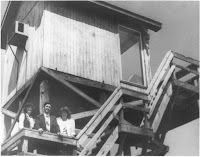 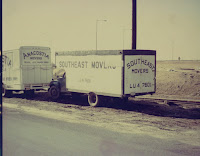 Over the years Beltway continued to grow under the guidance of the Secrist Brothers from the Suitland, Maryland location. Business expanded and grew, so we opened our first branch office in Alexandria in 1970 to serve northern Virginia. As Beltway’s reputation and ability grew, another branch was opened in 1974 in Rockville to serve Montgomery County, Maryland. Storage was introduced at Beltway in the early 1970s and the branches began their transition to warehouse locations. All of the locations moved their operations at least once to larger facilities throughout the growth years of the 1970s. We recognized the need to provide interstate service to our customers and chose to do so by creating the subsidiary – Choice Relocation Inc. Choice currently serves customers throughout the mid-Atlantic east coast. 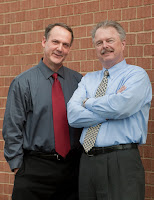 George Secrist sold his shares of the company in October of 1996 to Doug Shelton and Bob Benner so that he might continue pursuing his first love – Christian Ministry. However,

Doug and Bob were not new to the business, they both began their careers with Beltway in 1970 and 1971 respectively, as helpers on the moving vans 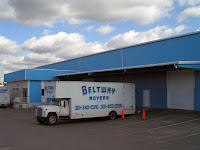 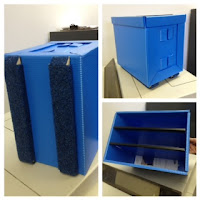 Doug and Bob have continued to develop the company by introducing the SmartPack® system to reduce packing time and material waste.

Throughout all the years we still maintain our core objective of exceeding our customer’s expectations. We earned our stripes moving young families in and around DC’s expanding urban neighborhoods. And as the city grew we found ourselves growing too. Instead of just doing local moves we were going out Pennsylvania Avenue into Prince George’s County, up Wisconsin Avenue into Montgomery County, and across the 14th Street Bridge into Northern Virginia. It’s amazing to think where the years have taken us because now we’re moving families outside of the beltway – today we’re moving a lot of folks across the Bay Bridge, to Blue Ridge Mountain retreats, to the ocean beaches, and beyond. Perhaps the most exciting development of all is the re-discovery of, and the return to, the older DC neighborhoods where it all began.

Moving is always a tough experience but working with the crew was an absolute delight. The crew made the move easy, nothing was too much trouble and they completed every request with good humor and excellent customer service.

From initial reservation to the long-term storage of our possessions to the final moving day we have been extremely pleased with the professionalism, courtesy and customer service we've experienced. This is why we return to Beltway each time

My movers were fantastic. I wound up being much farther behind them than I anticipated, and they found parking and got started unloading while I was still on the road. This was my second move with Beltway Movers, and I’m officially a big fan.

The packing team and the moving team both arrived exactly when they said they would with the size crew they needed and all the supplies they needed and did an amazing job.

The team was fantastic. Brian and Troy were phenomenal. I went back to Beltway Movers because of the excellent service Brian and his then crew provided back in July 2020. I cannot say enough positive things about them.

…I was very pleased with the crew from Beltway Movers and how friendly and professional they were. They were on time right from the start and worked very hard to get the job done in a timely manner. The crew leader, Davis, was exceptional in assessing the move situation and packing the truck to make everything fit. Movers, Ed and Damion, were both hardworking and efficient. I would definitely recommend this crew to friends.

Serving Communities Near You